(BLACK PR WIRE)--KNOXVILLE, Tenn.--(BUSINESS WIRE)-- Chris Powell, executive vice president for human resources at Scripps Networks Interactive (NYSE: SNI), joins some of the nation’s most accomplished business leaders on Savoy Magazine’s 2012 list of the “Top 100 Most Influential Blacks in Corporate America.” Powell is responsible for the strategy, development and delivery of initiatives, programs and policies to recruit, develop, retain and reward employees for Scripps Networks Interactive. He also leads the company’s efforts related to diversity and other key strategic initiatives.

“Chris’ accomplishments are vital in developing the diverse, inclusive environment that makes our company so successful,” said Ken Lowe, chairman, CEO and president of SNI. “This recognition is well-deserved and rightly places Chris among the elite in American business.”

In addition to his duties as the head of human resources, Powell chairs the company’s Benefits Committee, serves on its Executive Diversity and Management Committees. He is vice chair of the Knoxville Area Urban League, 2012 Leadership Knoxville Program participant and the University of Tennessee Chancellor’s Associate Council. Powell serves on the board of directors for Women in Cable & Telecommunications (WICT) and is board vice president/president-elect for the Cable and Telecommunications Human Resources Association (CTHRA).

Identifying international expansion as a key growth strategy, Scripps Networks has launched Food Network in Europe, the Middle East and Africa through a joint venture with Chello Zone; and Food Network Asia, distributed through MEASAT Satellite Systems and Ascent Media. Scripps is a partner in UKTV, one of the United Kingdom’s leading multi-channel television programming companies. Scripps Networks’ brands collectively are available in more than 170 countries and territories on all seven continents, and through more than 1,000 outlets on U.S. military bases and U.S. embassies around the world via the American Forces Radio and Television Service.

In addition, Scripps Networks has launched HGTV, DIY Network, Food Network, Cooking Channel and Travel Channel in high-definition and is aggressively developing its emerging media platforms for broadband and video-on-demand.

Savoy Magazine is a national publication covering the power, substance and style of African-American lifestyle. From entertainment to sports, business to politics, design to style, Savoy is a cultural catalyst for the African-American community that showcases and drives positive dialogue on and about Black culture. Savoy is published quarterly and distributed via subscriptions and newsstands worldwide. 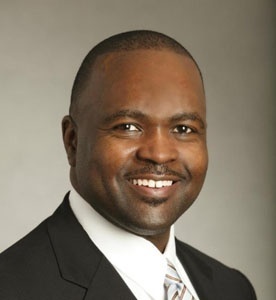