(Black PR Wire) Los Angeles, CA - In late Sept. 2022, Remember Me: The Mahalia Jackson Story closed a multi-year licensing deal with Hulu and Multicom Entertainment Group in conjunction with Locomotive Entertainment (Simon Barnes and Mili Cumic) (UK) and is now premiering on Hulu. Remember Me: The Mahalia Jackson Story is a poignant look into the life and rise of the Queen of Gospel, Mahalia Jackson (Ledisi). Grammy Award Winner Ledisi brings Mahalia's fight for freedom into the spotlight while depicting Mahalia's own personal search for love. Set in New Orleans, LA, this provocative story covers over five decades of Mahalia's life and explores the tumultuous relationship Mahalia shared with her mother's older sister Aunt Duke (Janet Hubert), legally named "Mahala," Mahalia's namesake after Mahalia's mother unexpectedly passes away. Mahalia's life experiences a resurgence when at 16she moves to Chicago, IL, with her mother's sister, Aunt Hannah.

Mahalia uses those broken years to lean on her faith and her unshakable bond with God as a catalyst to inspire the world. The film explores Mahalia's unbreakable relationship with Dr. Martin Luther King Jr. (Columbus Short) and her integral role in the Civil Rights Movement. Writer and executive producer Ericka Nicole Malone says, "When I originally wrote Remember Me: The Mahalia Jackson Story, I never imagined the world would embrace it the way it has. I am elated for audiences to see the remarkable work that went behind this film in celebrating and honoring our national treasure Mahalia Jackson, played by a musical icon, in my view, Ledisi. Denise Dowse was a phenomenal director, and I'm incredibly honored to see our vision for this film come to life."

(MVAAFF). Emmy Award and Dove Award-winning composer Paul Wright III is the music supervisor for the film. Remember Me: The Mahalia Jackson Story is now available exclusively on Hulu.

ABOUT ERICKA NICOLE MALONE ENTERTAINMENT: Ericka Nicole Malone Entertainment is a production company focused on the development, production/co-production and distribution of film, television and animated projects nationwide including “Remember Me The Mahalia Jackson Story” and a new animated feature created by Janet Hubert (“Aunt Viv” Fresh Prince of Bel Air)  “JG and the BC Kids”.

ABOUT HULU: Hulu is the leading and most comprehensive all-in-one premium streaming service that offers an expansive slate of live and on-demand entertainment, both in and outside the home, through a wide array of subscription options that give consumers ultimate control over their viewing experience. As part of Disney's Media and Entertainment Distribution segment, Hulu is the only on-demand offering that provides access to shows from every major U.S. broadcast network, libraries of hit TV series and films – including licensed content available exclusively on Hulu – and award-winning Hulu Originals, both with and without commercials. With Hulu + Live TV, subscribers receive a unique combination of access to 80+ live news, entertainment, and sports TV channels from 20th Television, The Walt Disney Company, ABC, NBCUniversal, CBS Corporation, The CW, Turner Networks, A+E Networks and Discovery Networks, as well as Disney+ and ESPN+, included as part of the base plan. Visit hulu.com to subscribe or learn more about the service. 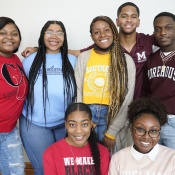 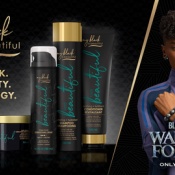 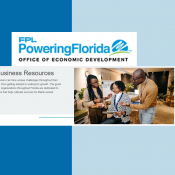 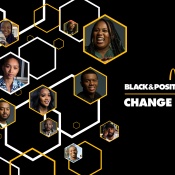