(BLACK PR WIRE) – (New York, NY November 11, 2014) The golf and beverage industries will never be the same. The men behind DRIVEN Global, Mark Thierry and Greshaun Fulgham, are single handedly shifting the landscape and trajectory of the world of golf and fine beverages. Under the DRIVEN Global umbrella, lies the first ever African-American-owned golf brand, DRIVEN Golf and wine brand, DESTINY Moscato, through Red Styxx Beverage.

This Thanksgiving Holiday season, DRIVEN Global is set to sponsor the 41st annual, Bayou Classic, between Southern University and Grambling State University. Activities will commence on Wednesday, November 26th, concluding on Sunday, November 30th, in New Orleans, LA. As an official, Silver Sponsor of the Classic, DRIVEN will host this year’s anniversary Golf Tournament. Not only will participants have the opportunity to test the DRIVEN golf club line, but triumphant members of the winning team, will each receive a set of clubs as prize. On Saturday, November 29th, Destiny Moscato, along with celebrity model and Brand Ambassador, Nicole Murphy, will host the “Bayou’s” post-game party, at The Metropolitan, in honor of the week’s grand affair.

It all began when Robert L. Johnson, the founder of Black Entertainment Television and America’s first African- American billionaire, introduced the two self-made millionaires Mark Thierry and Greshaun Fulgham. What resulted from this pairing, not only is an inspiring business partnership, but an incredibly strong friendship. Mark Thierry is an award winning entrepreneur from Texas with a successful career in sales, medical diagnostics and federal contracting. Greshaun Fulgham, from Washington DC, is international financier and real estate mogul. Opposites attract, yet their synergy is contagious.

Both Thierry and Fulgham want to de-mystify the perception of black men, to show the world, that with hard work, drive and intellect, African-American men can succeed, be dedicated fathers and husbands, collaborate and build successful partnerships, uplift their communities and change the world. With DRIVEN Global, change comes with one golf club and wine glass at a time. Their mutual core values of family, diligence, sacrifice, social responsibility and sustainable leadership are evident in all aspects of DRIVEN Global. For the partners, it’s all about dreaming big. Thierry stated: “The Dream involves the awareness that everyone has more to this life that they can strive for. The Dream that a golf club, or anything for that matter, can be a metaphor for someone making the best of themselves.”

The launch of DRIVEN Golf is the first minority-owned golf brand dedicated to inspiring first-time golfers of color, and urban socialites, to become acquainted with the game. Destiny Moscato, their exquisite American Sparkling Moscato, of Red Styxx Beverage, is also a subsidiary of DRIVEN Global. The Destiny Moscato launch took place this past October 2-4, 2014, in Houston, Texas.

The fearless, collaborative drive of Mark Thierry and Greshaun Fulgham is the foundation of DRIVEN Global’s, multi-platform taste making brands. The two best friends, brought together by the visionary Robert Johnson, plan to follow in their mentors footsteps. “Our goal is to build a billion dollar business,” states Thierry. “We are starting a new legacy.” They have the perfect tagline...”Are you driven?” For more information check out drivengroupllc.com, driven-golf.com and DestinyMoscato.com. For all press inquiries, contact Theodore Palmer of Creative Edge PR at tpalmer@creativeedgepr.com. 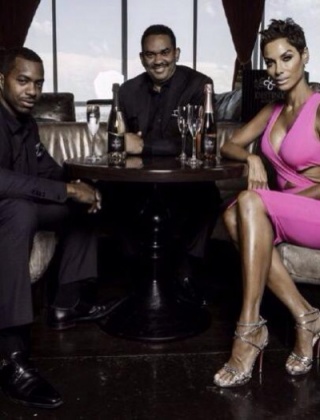 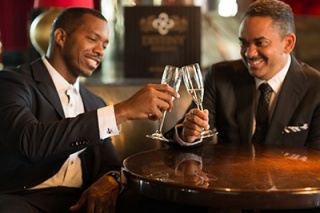