(Black PR Wire) For the second consecutive year, the Jason Taylor Foundation is giving the South Florida community the chance to witness the top youth poets in the state compete during a cutting edge event – the Louder Than a Bomb Florida Poetry Festival presented by Nova Southeastern University and UPS. This highly anticipated event takes place from April 5 – 16, 2016.

Dubbed the “Super Bowl of poetry,” Louder Than a Bomb Florida, a Jason Taylor Foundation arts and education project, features a friendly spoken-word competition between school-based poetry teams representing local high schools from Broward, Miami-Dade, Palm Beach and St. Lucie counties. Funding from Nova Southeastern University, UPS and a host of other community partners has assisted the Jason Taylor Foundation support the schools’ efforts by providing year-round, in-class and after-school instruction, which will culminate in this 12-day festival.

“We believe very strongly in not only educating the young people we serve, but also in empowering them to develop their voice,” said Jason Taylor. “Our bluapple Poetry Network has provided these kids with the vehicle to share their stories and to have them validated by their peers and adults alike, from schools and neighborhoods across the state. Louder Than A Bomb Florida only amplifies their powerful, raw truth and does so by combining the art of the spoken word with a sports-like atmosphere that is having a transformational effect on our community.”

The schedule of events for Louder Than a Bomb Florida is just as impressive, and is as follows:

Since founding the bluapple Poetry Network with actor and poet Omari Hardwick in 2012, the Foundation has helped more than 60 schools activate this program, with more than 1,000 participants inspiring their communities with poetry.

Louder Than a Bomb Florida is a festival featuring poetry bouts, workshops, exhibits, and ultimately the crowning of Florida’s top youth poetry team. The most critical component, however, is the year-round, meaningful instruction inside the classroom and after-school clubs, with teachers and teaching artists who create and facilitate a safe space for individual and collective expression.

Located in beautiful Fort Lauderdale, Florida, NSU is a dynamic research institution dedicated to providing high-quality educational programs at the undergraduate, graduate and first-professional degrees levels. An independent, not-for-profit institution with approximately 25,000 students, NSU has campuses in Fort Lauderdale, Fort Myers, Jacksonville, Miami, Miramar, Orlando, Palm Beach and Tampa, Florida as well as San Juan, Puerto Rico and online globally. For more than 50 years, NSU has been awarding degrees in a wide range of fields, while fostering groundbreaking research and an impactful commitment to community. Classified as a research university with “high research activity” by the Carnegie Foundation for the Advancement of Teaching, NSU is one of only 37 universities nationwide to also be awarded Carnegie’s Community Engagement Classification. For more information, please visit www.nova.edu.

For more than 30 years, UPS has supported the work of organizations that share our dedication to improving lives and strengthening communities where we live and work every day. Within these communities, we’re addressing important issues such as early-grade reading, high school graduation rates and financial stability. This ties directly into the mission of the Jason Taylor Foundation. This positive impact on society could not be created without the overwhelming help and support of UPS employees. Since 1982, UPS and its employees – both active and retired – have donated more than $1 billion to non-profit organizations through their annual United Way campaign, becoming the first company to reach this philanthropic milestone. As a result, UPS is a two-time winner of the United Way’s Spirit of America award, the organization’s highest national honor for corporate involvement and commitment to building better communities. For information, please visit www.ups.com. 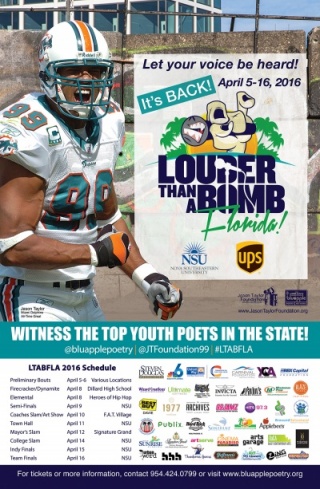 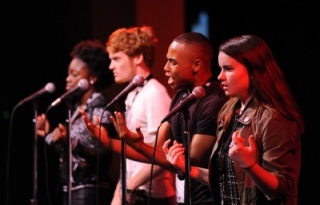 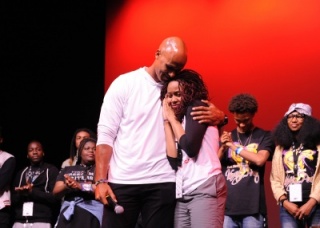