(Black PR Wire) MOORESVILLE, N.C. – Richard Petty Motorsports has announced  that NASCAR XFINITY Series regular Darrell “Bubba” Wallace Jr. will pilot the No. 43 Ford while Aric Almirola recovers from his injuries. Wallace brings five years of NASCAR experience in both the XFINITY and Camping World Truck Series and has been a member of the Ford Performance team since 2015. Wallace, a graduate of NASCAR’s Drive for Diversity program and inaugural member of NASCAR Next, will make his first Monster Energy NASCAR Cup Series start at Pocono Raceway this weekend.

“Driving the famed 43 car is an unbelievable opportunity for any race car driver,” said Wallace. “With all that Richard Petty has contributed to the sport, I’m honored to start my first Monster Energy NASCAR Cup Series event with this team. I’m incredibly grateful that Ford, Richard Petty Motorsports and Smithfield have the confidence in me to help fill the seat until Aric (Almirola) fully recovers, which is the most important piece of this. Moving up to the Monster Energy Series is a tremendous challenge, but I am ready to represent this organization, help the 43 team get the best results possible and prove that I belong at this level.”

Richard Petty Motorsports has partnered with Ford Performance and Roush Fenway Racing since 2010, and now are teaming up once again during Almirola’s absence. Almirola, who suffered an acute compression fracture to his T5 Vertebra after a multi-car accident at Kansas Speedway, is currently recovering from the injury which has a standard healing time of eight to 12 weeks.

“We’re excited to have Bubba in the No. 43 car and to give him his first Monster Energy Series start,” said Brian Moffitt, CEO Richard Petty Motorsports. “He has shown success in NASCAR’s national series and we look forward to him continuing to display his abilities in our car. We’re fortunate to have someone with Bubba’s potential in the Ford Performance family who can step in for us until Aric is healed.”

“We are excited for Bubba to get this opportunity to drive the iconic No. 43 Fusion for Richard Petty Motorsports,” said Dave Pericak, global director, Ford Performance.  “We couldn’t be happier with the progress of Aric Almirola’s recovery and can’t wait to get him back. In the meantime, this is a great opportunity for Bubba to show what he can do at the top level of the sport, and we are committed to helping RPM win races. We are proud of the collaboration between RPM, Roush Fenway and Ford to make this driver transition happen, and it’s a great example of the One Ford mentality we have in order to make the overall Ford NASCAR program better.”

Wallace will jump in the No. 43 Smithfield Ford this weekend at Pocono Raceway starting with practice on Friday morning. He will have three practice sessions and qualifying to work with the team to get the car ready for the Pocono 400 Sunday, June 11.

A performance and marketing driven company, Richard Petty Motorsports, co-owned by NASCAR Hall of Famer Richard Petty and successful business entrepreneur Andrew Murstein, is one of the most recognized brands in all of motorsports. With a history of over 200 wins and business partnerships with national and global leaders, today the race operation fields one team in competition in the NASCAR premier series with driver Aric Almirola. Almirola will return to the iconic No. 43 Ford with partners Smithfield Foods, STP, United States Air Force and Fresh From Florida. The team is headquartered in Mooresville, N.C. 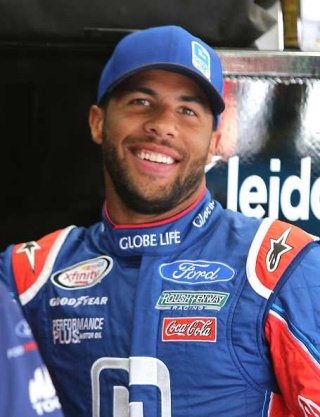