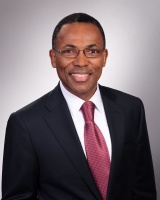 Billy Nolen is an experienced aviation safety professional that serves as the Acting Administrator of the Federal Aviation Administration. Nolen began his career in 1989 as a pilot for American, flying Boeing 757 and 767 aircraft as well as the then-McDonnell Douglas MD-80. He was later promoted to manage the carrier's Aviation Safety Action Program (ASAP).

His passion for operation and safety led him to continue rising through the management ranks to become the airline's managing director for corporate safety and regulatory affairs. Nolen subsequently worked in safety leadership positions at numerous other airlines, including Qantas Airways, where he played a key role in the Qantas Group Safety Governance Framework. He joined the FAA after serving as the Vice President of Safety, Security and Quality at WestJet in Calgary, Alberta.

Nolen has over 33 years of experience in operations and corporate safety, regulatory affairs and flight operations. As the Acting Administrator of the FAA, Nolen leads a team of more than 7,600 FAA employees throughout all aspects of aviation and safety.

In addition to his professional aviation experience, Nolen served tours of duty in the U.S. Army as an airplane and helicopter pilot and safety officer. Nolen graduated from Embry-Riddle Aeronautical University with a BS degree in Aviation Management and has certificates in aviation safety from the U.S. Naval Postgraduate School, U.S. Army Safety Center, and the University of Southern California. He is a Fellow of the Royal Aeronautical Society (FRAeS) and has traveled extensively across the globe.